Posted on May 30, 2013 by miningjusticealliance

Two important actions this week and assertions of Indigenous sovereignty 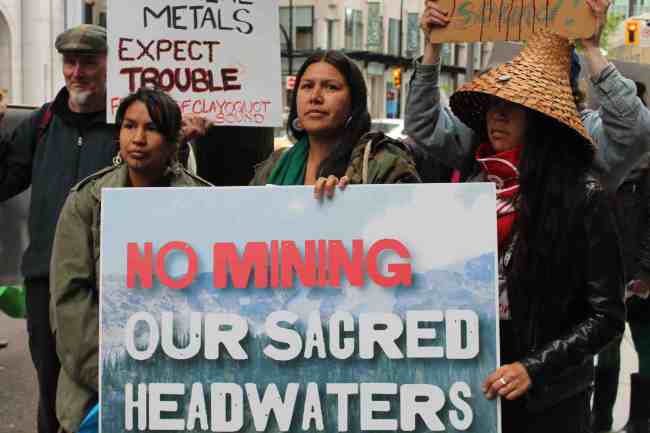 Members of the Neskonlith Secwepemc Nation and Ancestral Pride Ahousaht Sovereign Territory voiced opposition to Imperial Metals and made clear no mining on unceded territories without free, prior and informed consent. After a rally outside the AGM, five Indigenous activists and a few allies gained access inside, but were grabbed and tossed out by VPD police officers.

The Unist’ot’en People(a.k.a C’ilhts’ekhyu) of the Wet’suwet’en Nation maintain a “Soft Blockade” keeping pipeline workers and subcontractors out of their territories. The blockade is located 66km on the Morice West Forest Service Road south of the town of Houston BC.